the m/m story: your choices

The results are in. This is what you wanted in your m/m story…

1. the name of one of the main characters
It was a tie! Orville and Ulrich. This, of course, means Sean now has the names for BOTH main characters. MWAHAHAHA!

2. a description associated with one of the main characters
A thick mat of hair. Jen will be very pleased. 🙂

3. a secondary character who features prominently
A drag queen. You all are so mean. Hehehe.

4. a conflict
A tattoo with the name of a former boyfriend was the winner by far.


5. a phrase/object/etc that needs to be mentioned in the story… somewhere
Olive oil. Sorry Tam. No were-kanga this time round, but just think of the, umm, applications for olive oil. Anyone for Turkish Oil Wrestling?? O_O

6. the setting
A road trip. A drag queen on a road trip?? I’m thinking Priscilla Queen of the Desert, but only the Gods – and Sean! – know how Orville and Ulrich will fit in to that kind of a story. 😉 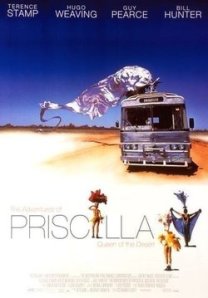 Sean dearest, it’s all yours! Let the countdown to Thursday 23 April begin!

Reads, rants, randoms & R+s. You've been warned. BTW, don't follow me if you're a GLBTQQphobic wanker. It won't end well. For you.
View all posts by Kris →
This entry was posted in a choose your own m/m story, sean kennedy. Bookmark the permalink.

20 Responses to the m/m story: your choices