what’s a book between friends 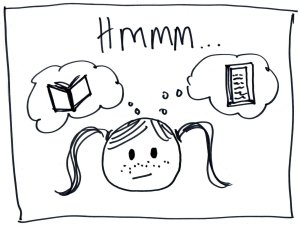 About a month ago Wave posted about the illegal downloading of ebooks. This led to an interesting discussion about piracy, the impact it has on the industry, especially on authors and small epublishers, the ways it can (or cannot) be dealt with as well as attitudes towards ebooks themselves.

I was particularly fascinated by one of the topics which generated a number of comments. This related to the loaning of ebooks to friends with most people – authors included – seeing a clear distinction between illegal downloading and letting a mate borrow an ebook.

One of the reasons why this caught my attention was due to what I think are the inherent similarities in sharing an ebook and in mass (so-called) filesharing. It seemed/s to me that it is precisely because they are comparable which makes loaning ebooks such a taboo subject.

Yes, one is stealing and one is associated with what has traditionally occurred with print work; but if they are so different why doesn’t anyone talk more openly about them, especially the latter? Is it because of the negative connotations? Does something most wouldn’t think twice about doing if it was a print book now make you feel like a criminal?

I’ll be honest; I lend ebooks to friends in the same way I swap books with them. Although others may disagree, I don’t think what I’m doing is illegal or unethical.

To put it into context for you – there are about 5 people who I allow (yes ‘allow’ – I’m an OCD, control freak) to borrow print books from me and I have two friends with whom I share ebooks. With regard to the latter, I do so knowing the ebooks I lend them will never go beyond their hands.

To me, it’s a question of trust. Similar to the way you trust a friend to return a print book in the same condition it was when they borrowed it.

The fact of the matter is that readers for generations have always lent each other books and most of us are very responsible about it. Should we stop now just because books are also produced in digital format?

I’m curious about how you feel. Do you loan ebooks to friends or is it something you object to? Would you share a print book but not an ebook? Do discussions about piracy make you feel guilty? Why do you think we don’t talk more openly about this?

I understand this might be a sensitive topic so I’ll leave you with something to keep in mind when commenting:

“Don’t flatter yourself that friendship authorizes you to say disagreeable things to your intimates. The nearer you come into relation with a person, the more necessary do tact and courtesy become.” Oliver Wendell Holmes.

Kris’ translation: That means you can disagree with me – or others – and, as long as you’re civil about it, I’m not going to get pissed.

Reads, rants, randoms & R+s. You've been warned. BTW, don't follow me if you're a GLBTQQphobic wanker. It won't end well. For you.
View all posts by Kris →
This entry was posted in ebooks, reading, serious randomness, Wave. Bookmark the permalink.

25 Responses to what’s a book between friends