ratings and the suckage threshold 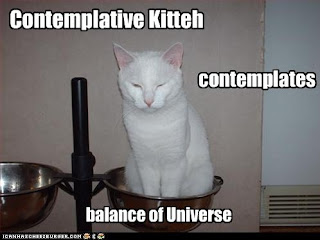 I’ve read some interesting discussions about their value as well as posts about the various systems reviewers and readers use in order to determine them.

At the same time, I’ve also seen responses to ratings which have left me scratching me head, particularly when an author goes into a hissy fit over a 4-4.5 star rating.  That just seems, well, weird arse to me considering the fact this would tend to indicate a pretty bloody good review.

Anyways, after my post the other day about gushing, I decided to posit a question I’ve been wondering about; that is, when you rate a book on a 1-5 scale what is your level/threshold for indicating whether it sucked or not.

In my case, I’ve always been accused, for wont of a better word, of being a hard rater so I decided to take a closer look at my goodreads bookshelves to see how nasty I really am.  😉

This actually surprised me – apparently I believe my own press 😛 – so I decided to drill down into the detail.  This was the result:

Besides obviously liking the number 3, what interested me was that my 2 and 4 ratings were essentially the same.  For the purposes of this post, though, let’s focus on the 2s.

At goodreads, a reader gives a book 2 stars when they think ‘it was ok’.

This explanation says it all because, while I probably won’t look at it again, the book was a relatively pleasant distraction for how ever long it took me to read it.

Sure it may not have blown me away or anything, and I could have easily gone straight on to the next story without giving it much of a second thought, but it really, truly was okay.

I am also likely to recommend it to people to whom I think the writing, the sub/genre, the themes or the characters etc are likely to appeal.

For me, therefore, the threshold for suckage is between 1 and 2 stars, with 1 star being something I didn’t like for whatever reason/s.

However, I have the feeling that my threshold differs from other readers and certainly from what some authors may think.

So how about it?  What’s your suckage level?

Reads, rants, randoms & R+s. You've been warned. BTW, don't follow me if you're a GLBTQQphobic wanker. It won't end well. For you.
View all posts by Kris →
This entry was posted in not a review, ratings, reading, reviews, serious randomness, serious shit. Bookmark the permalink.

44 Responses to ratings and the suckage threshold