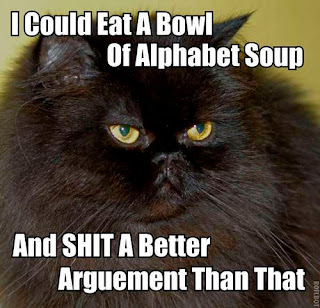 Do you ever realise – God alone only knows how long after the fact – that you’ve been unfollowed and wonder what you’ve done to piss someone – assuming you even knew who it was in the first place – off?

Then you think “well, I’ve done quite a lot of things recently” and have no idea which one it could actually be.

Eventually… because you’re such a spring chicken… at heart, it hits you that high school was a long fucking time ago and you didn’t give a shit what people thought of you then so why is this bothering you now.

Which is when you come to understand the whole social media thing is a vast conspiracy by the PTB, who are trying to make everyone believe the only way to survive in this world is via a popularity contest of who has the most friends/followers/whatevers.

And that makes you remember why you decided not to follow people back in the first place because it was all too hard and doing your head in.

I didn’t think it was only me.

Reads, rants, randoms & R+s. You've been warned. BTW, don't follow me if you're a GLBTQQphobic wanker. It won't end well. For you.
View all posts by Kris →
This entry was posted in maybe it's me but, me, weird. Bookmark the permalink.