What do mean I’ve banged on about T A Chase before and sound like a broken record?? Too bad! It’s my blog and I ADORE his work. So there!

Like No. 1~ Again, great characterisation. This apparently is a big deal to me. *g* For me, though, the more developed a character, the more I’m engaged in their story and the more I enjoy the read. As far as I’m concerned, this trumps nearly all other aspects of writing.

Like No. 2~ Okay maybe I’m cheating a bit and this is associated with Like No. 1, but, still, I don’t think I’ve yet to meet one of T A’s characters that I didn’t have some sort of affinity with. What I like the most about his characters is that they are strong and vulnerable, appealing, and convincing.

Like No. 3~ Whether it be the plot, the theme, the characters, the style, whatever, T A’s stories inevitably draw me in. Who could ask for more as a reader?? Not me! 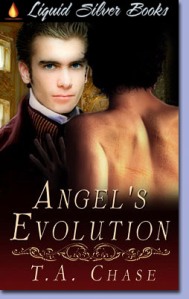 “I’m a monster. Or so my father would have me believe. I’m imprisoned in a world I hate and fear. As heir to my father’s title, I’m expected to marry, but my secret desires may keep me from fulfilling those expectations.

One night a stranger kisses me. In his touch, I see the possibility of a life beyond my prison. My name? Just call me Angel and this is my evolution.”

I LOVE this story. I can’t say enough about how awesome I think Angel’s Revolution is. If anyone is going to read T A at all I think they should read this book. What may shock those of you familiar with my likes and dislikes is that it’s historical and it’s first person. I know! But the setting and the POV is perfect for this story about horrific prejudice to homosexuality and about acceptance.

Love No. 2~ Here Be Dragons 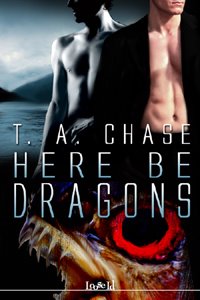 Herpetologist, Kael Hammerson is hiding in Ireland working at a research lab. While Ireland may seem a strange place for someone in his field, it was the furthest away he could get from his abusive ex-partner. Now, a year later, his heart is ready to heal.

Kael’s boss, Hugh Price, is very interested in Kael, but is afraid to cross the line from employer to lover. When a strange sea creature is brought into the lab, Hugh and Kael are swept into a fight for their lives and the lives of mankind.

Dragons have returned and the men must decide if their own love can survive the interference of a goddess.

This is one of the books I’ve talked about previously where I think the blurb does the story a disservice. Despite my love for T A’s work it took me ages to get over my – in hindsight ridiculous – response to the blurb and buy it. Needless to say, I can’t tell you the amount of times I’ve re-read this book. Kael is another victim of abuse, who comes to recognise his own value as person through his relationship with Hugh and the situation in which he finds himself. Plus… DRAGONS return to the world! How can you not want to read about that. 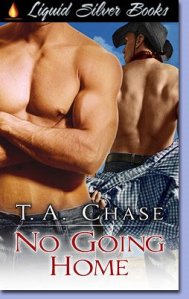 Six years ago, a hoof to the head ended Leslie Hardin’s show-jumping career and his relationship with the man he loved. Broken, hurt, and rejected, Les has focused his energies on rebuilding his life.

Les’s accident has shown him that the most valuable treasures are usually found under an imperfect surface, and his reputation for taking in strays starts to grow. But it’s one of these strays in particular, injured rodeo cowboy Randy Hersch, who captures more than just his compassion.

Between his disapproving father and his chosen career path, Randy has always felt the need to deny his passion. But when Les takes him under his wing, Randy begins to realize that he is truly strong enough to admit his true self—to himself and the rest of the world. But in the arms of a broken man, can he find acceptance…and love?

Les Hardin has to be one of my most favourite characters written by this author. He is the perfect example of what I meant by T A’s characters being both strong and vulnerable. It is Les who gives Randy the strength to be true to himself and the relationship the two have is a seriously beautiful thing.

Reads, rants, randoms & R+s. You've been warned. BTW, don't follow me if you're a GLBTQQphobic wanker. It won't end well. For you.
View all posts by Kris →
This entry was posted in m/m, T A Chase, tasting authors. Bookmark the permalink.