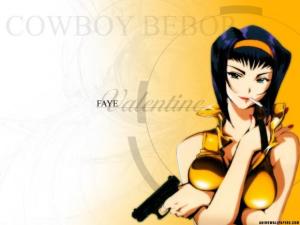 The little grey cells (points to those who get this reference) have been mulling on something for a few weeks now so I thought I’d attempt a post about it.

First of all, I’m a reader who loves an anti-hero and an anti-heroine. The anti is one of my favourite protags.

The reason why I enjoy them so much is because the moral struggle and ambiguity makes for a dark and complex character. I guess it’s pretty obvious that the interesting and well developed character is right at the top of my reader’s checklist.

Another item high up on the list are themes/characters/etc that challenge me, that make me think. The anti-hero/ine definitely does this because they always make me wonder what I would do in similar circumstances. An interesting question, yes.

Anyway, what got me mulling on this topic was a post Kristie J wrote about Linda Howard’s Death Angel (which I loved – thought it was one of her best books in a long while) and one where Carolyn Jean questioned whether the morality bar was set higher for fictional and real heroines.

Does it all boil down to gender, which anti has what parts?

In other words, are some female readers unable to relate to an anti-heroine character because they can’t imagine themselves in the same position? Maybe it hits too close to home?

Or are female readers just more convinced that a male character is capable of such questionable ethics?

What do you think?

Reads, rants, randoms & R+s. You've been warned. BTW, don't follow me if you're a GLBTQQphobic wanker. It won't end well. For you.
View all posts by Kris →
This entry was posted in anti-h/h, carolyn jean, kristie j, linda howard. Bookmark the permalink.

10 Responses to pondering: the anti-hero/ine