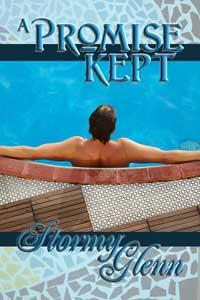 Mason is in love with his brother’s best friend, Jack. It’s been ten years of secret fantasies, hidden glances, and forbidden yearnings. Just when Mason decides to give up on Jack and move away, his friends step in to get them together.

Even with the most determined matchmakers, new love is not always easy. Especially when a serial killer has his sights set on Mason being his next victim, and will destroy anyone who gets in his way. Can Jack keep Mason safe, or will their new love be over before it gets going?

I was glomming on that name. 🙂

Dislike~ I was cringing with some of the emoness of the first couple of chapters of this book. I almost tossed it aside in disgust when the brave and determined Mason, who after finally deciding to get a life, goes on a binge and then runs away back home. What the hell?? I was glad I stuck with it in the end, but Holy Crap did I have a few issues with the beginning of the story!

Like~ So after the return, Mason comes out to his folks who already knew, finds a set of gay friends and, strangely enough, learns how to be gay. O_O It is actually a lot more convincing than it sounds – it’s pretty cute really – with Mason gaining confidence and learning to stand up for himself.

Dislike~ A stalker and an interfering family member?? Gee, these sound a bit familiar.

Like~ Loved Mason’s circle of friends. They were a seriously funny sarcastic crew and very supportive of Mason as were his Mum and Dad. All in all, a great cast of characters.

So, what I think:

Despite the beginning and some familiar tropes, overall it worked and I did like this story. Fun, relatively uncomplicated characters, a decent story and good writing with lots of humour. Recommended bedtime reading.

Reads, rants, randoms & R+s. You've been warned. BTW, don't follow me if you're a GLBTQQphobic wanker. It won't end well. For you.
View all posts by Kris →
This entry was posted in contemporary, m/m, stormy glenn, tasting. Bookmark the permalink.