Can it really be true??

It is quite possible, virtual folk, because it seems I have again hit with extreme force one of the main issues in a story which causes me to stumble each. and. every. single. damn. time. This is the theme of infidelity.

Case in point *AND SPOILERS*… 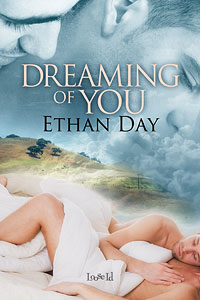 I was reading this the other day; picked it up because I’d read some good reviews about it. I was enjoying it (lots of lol moments that had the kittens running to see what was up) right up until the very end when red lights started flashing and a barrier came down. Infidelity… bloody hell it.

Yeah, yeah; he doesn’t go through with it. Yet, he was ready to throw his whole future away on some pie-in-the-sky dream. I know, I know. It’s a major part of the story and of the character as he, despite his concerns, takes that big leap of faith, but still… it just made me so friggin angry. *sigh*

Needless to say that this book has gone on to my ‘mixed feelings’ shelf.

If you’ve read it, did you have a similar reaction? Or perhaps you don’t have my, umm, “issues” (translation from Kris: blatant bias) with infidelity? Maybe it’s something else that gets your goat?

Reads, rants, randoms & R+s. You've been warned. BTW, don't follow me if you're a GLBTQQphobic wanker. It won't end well. For you.
View all posts by Kris →
This entry was posted in chris owen, ethan day, katrina strauss, serious randomness, themes, WTF. Bookmark the permalink.