Yeah, I thought so. Hehehe.

Guess who can’t blame me because she was nominated by her so-called friend (that K Z can be so mean sometimes):

Clare London! Come on down! 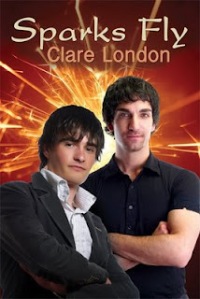 No excuses. Read these now! You know who I’m talking too!

*rubbing hands together* Let’s star-… what do you mean you don’t know what to do?! *sigh* How soon they forget my awesomeness…

Step 1. Virtual folk choose different elements to be included in a story.

Step 2. After counting the votes, I let you know the results and…

Step 3. Hand over the lot to Clare, who has managed to carve out 2 weeks in her busy schedule to write a short story incorporating your choices. This literary masterpiece *no pressure though, Clare* will then be posted on the blog.

a) a Time Team dig

d) the Harrods store after hours

a) a pastie (These are NOT the things you wear on your nipples.)

b) a heavy breather

c) a Bobby (That’s copper or ‘the fuzz’ for those of you who’re clueless.)

a) which actor is the best James Bond?

b) wanting to go to an Antiques Roadshow

c) if Number 10 Downing Street really is a portal to another world?

an object to be mentioned in the story somewhere

a) a traffic cone

b) a long, stripey scarf

Ready to play?? Leave a comment with your choices or email me at krisngoodbooksATgmail.com. You have until 5pm Tuesday 2 June (Perth Western Australia time).

Don’t worry. Clare’s much nicer than those other two. 😉

Reads, rants, randoms & R+s. You've been warned. BTW, don't follow me if you're a GLBTQQphobic wanker. It won't end well. For you.
View all posts by Kris →
This entry was posted in a choose your own m/m story, clare london. Bookmark the permalink.