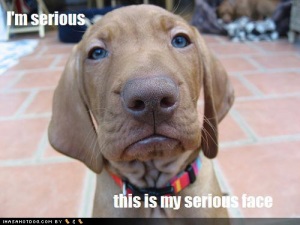 Me again with an ‘am I the only one who thinks this is weird arse?’ post.
What set me off this time? Well, it was the reaction by some m/m readers to a lesbian couple in Sean Kennedy’s Wings of Equity.
No, this isn’t anything about defending a mate’s work, which he knows because I told him that already. :p
It’s actually about my complete bafflement and simmering anger to what seems to me to be an over-reaction by some – only some mind – people to reading about lesbians in gay romance.
Tell me I’m not the only one who sees the irony in that.
Here’s the thing:
Yes, I was one of the readers who got majorly pissed off about a year or so ago when a few epublishers kept releasing m/m/f apparently thinking readers of m/m would be okay with that.
Yes, I also get tetchy when I’m not ‘warned’ – for wont of a better word – when one of the main characters has a sexual relationship with a chick in what is marketed to be an m/m romance.
Regardless, the off-hand remarks about the so-called ‘girl cooties’ in Wings of Equity had me totally scratching my head.
Firstly, the blurb makes pretty clear there is a lesbian couple who are secondary – that would be secondary – characters in the book. Therefore, readers can choose to buy it or not if that doesn’t appeal.
Secondly, they are lesbians. Erm, FYI, but this generally means there will be no ‘girl cooties’ impacting on the main gay characters. Strange, I know.
Thirdly, and maybe this is me, but the few people who are going on about this like it’s a major issue… can they seriously not see how offensive they are being?
I mean, what’s the big deal? Is it the possibility of reading girl-on-girl sex they have a problem with? Or is it they just don’t want to read any sort of sexualised female character in m/m?
Whatever it is, they’ve made their choice so should build a friggin’ bridge and get over it already.
Because right now, some of the comments they’re making, no matter what their original intention, well, they seem pretty homophobic.
I don’t know about you, but that gets right up my nose.

Reads, rants, randoms & R+s. You've been warned. BTW, don't follow me if you're a GLBTQQphobic wanker. It won't end well. For you.
View all posts by Kris →
This entry was posted in f/f, glbtq, m/m, serious randomness, serious shit. Bookmark the permalink.

52 Responses to are m/m readers obsessed with ‘girl cooties’?