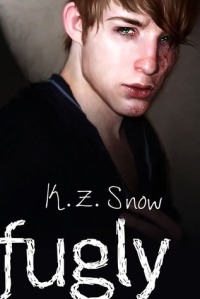 The Blurb:
When a wizard is happily in love, he tends to get complacent. When he gets complacent, he tends to let magick fall by the wayside. Jackson Spey hasn’t thrown around any mojo in a while. Here’s his chance.

What happens to a young man’s self-image, and his sex life, when he wakes up one morning to see his good looks significantly altered for the worse? In this modern fable, three gay friends find out the answer when they hit on the wrong guy in a club one night.

Todd, Fallon, and Jake think they’re pretty damned hot. As a result, their standards for worthwhile hook-ups are appallingly superficial. The men aren’t total jerks; they just need an adjustment in perspective. And they get it, in spades, from a mysterious stranger who’s sick of seeing his beautiful partner pawed by dawgs.

As the trio of friends try to understand and cope with their new appearances, the pretty boys they normally pursue continue to shun them. But in the eyes of three ordinary, overlooked men on the sidelines of their lives, it’s the heart that matters far more than the hot.

Dislike~ I’ve said a number of times I’m not the greatest fan of first person POV so when I started reading Fugly my initial response was ‘bugger’. Happily, for me at least, this POV was limited to the prologue and epilogue. Even better, despite my gut reaction I was glad for David’s (the first personee’s) insight into friends’ behaviour as well as the opportunity to revisit, albeit briefly, two of my favourite K Z Snow characters – Jackson Spey and Adin Swift – through his eyes.

Like~ Call me superficial, but if that’s not the best m/m romance cover of 2010 than I don’t know what is. I adore it. Original, evocative artwork by Christine Griffin which is a perfect match for K Z’s story. The cover gods have been very kind to K Z this year.

Dislike~ More of a warning~ For those of you who may have dismissed Fugly as ‘just’ a retelling of The Ugly Duckling fairy tale you couldn’t be more wrong. To me, this was a story about redemption with the author taking the dark theme of superficiality and exploring what could happen to a young gay man if he suddenly lost the very thing he believed defined him as a person.

Like~ With this kind of theme, the story could have easily come undone by being overly preachy. Instead, the reader is treated to K Z’s trademark deft touch and by the telling of the three completely different stories within the short format of a novella. Terrific stuff!

So, what I think: If you’re a fan of this author or looking for a recommendation for a book by her, you can’t go past Fugly. I highly recommend it. 🙂

‘Tasting’ is my version of a mini-review where I talk a (very) little about what I liked and disliked about a book as well as who I think the story will appeal to.Oh, and I’ve added a bit about why I picked up the book in the first place – sometimes this can be interesting to know.

Reads, rants, randoms & R+s. You've been warned. BTW, don't follow me if you're a GLBTQQphobic wanker. It won't end well. For you.
View all posts by Kris →
This entry was posted in K Z Snow, m/m, m/m romance challenge 2010, urban fantasy. Bookmark the permalink.