ratings and… what the hell are you thinking?! 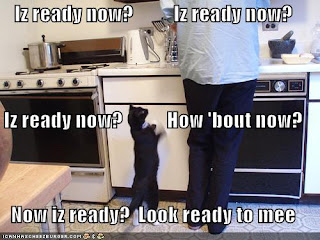 Maybe you missed the post that Mandi of Smexy Books did earlier in the week about the shenaniganing at goodreads?

Well, perhaps you had difficulty understanding the shit load of comments which said unless you (a) were a beta reader, (b) had received an ARC or (c) were psychic there was no reason whatsoever for you to rate a book before it had even been released other than for the fact that you (d) were a complete twat?

Still not getting it??

Okay, I’ll try to be clearer…

When you rate a book before you’ve even read it, it makes you look like a total douche.

Oh, and rating a book which isn’t even written yet, let alone scheduled for release??

You may think you’re waving around a 10 foot high Las Vegas styles sign shouting ‘LOOK AT ME BEING THE BIGGEST AND BEST SQUEEY FANGURL IN THE ENTIRE UNIVERSE’, but really it’s an arrow pointing directly to Teh Crazy.

Reads, rants, randoms & R+s. You've been warned. BTW, don't follow me if you're a GLBTQQphobic wanker. It won't end well. For you.
View all posts by Kris →
This entry was posted in good reads, mandi, ratings, reading, reviews, reviews-not mine, serious randomness, serious shit. Bookmark the permalink.

23 Responses to ratings and… what the hell are you thinking?!