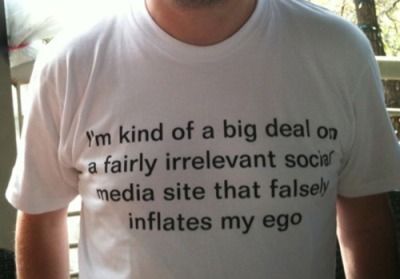 Well, not really…  for those of you who read my tumblr, that is.

So, what the hell is going on??

I’ll be closing down this here blog of mine. 🙂

Nope, nothing has happened to upset me.  Pinky swears.  And, naw, I’ve still got plenty of ideas for posts.  Drafts and notes all over the place.  LOL.

It’s just that I’ve come to the realisation I don’t want to do it anymore.

It’s actually something I’ve been thinking about for a while now and I finally decided to just do it.

Although my doc would probably say I shouldn’t be making such decisions in my current state of depression, etc, a large part of me is quite relieved as there’s been this niggle at the back of my mind for bloody ages telling me to make a choice once and for all and go with it.  So I have.  🙂

I think I’ve found this blog thing quite limiting in terms of it having to be about reading and books all the time… and despite my tendency to get side-tracked by other topics.

I’ve come to prefer my tumblr blog because, from the outset, I set it up so I could talk about the stuff I like – and hate – , journal and just post pics if that’s all I want to do.  It’s more general and I like that.  It allows me to talk about books and a whole heap of other things.  My toy poodle flu really appreciates that.  🙂

So, I’ll still be around… especially on tumblr and on twitter.

Some of the series I’ve been doing, such as my picking on the Baby Brother, like I would ever stop doing that :P, will continue to feature on tumblr.  However, a few others will be moving to different sites which have agreed to host them.  How cool is that!  *GRIN*

Anyways, I’ve got a few bits and bobs I want to post about before I finish up here, including causing some havoc and destruction.  I’m all about going out with a bang.  And, no, that’s not a euphemism.  Durty heads.

Also, regardless of whether the Kris ‘n’ Good Books blog is live or not, all of you who I’ve come to call mates better not even think of trying to disappear on me.

Cos no one can escape the awesome that is Kris.

Reads, rants, randoms & R+s. You've been warned. BTW, don't follow me if you're a GLBTQQphobic wanker. It won't end well. For you.
View all posts by Kris →
This entry was posted in me. Bookmark the permalink.