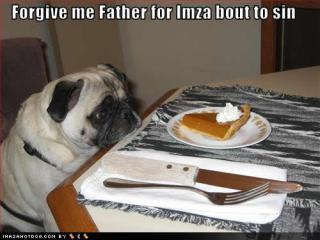 In the last post about how much technical quality matters, a couple of people touched on the idea of ‘forgiveness’ in relation to reading and gave a few examples of the types of things they would be willing to set aside in view of their overall enjoyment of a book.


This got me curious.


What do readers actually mean when they say ‘I can forgive a lot’?


What niggles – large or small – would you be able overlook in a book and why?  What is it about  a story (themes, blah, etc, blah) which makes you able to dismiss any crap?


Besides Tam’s phases of the moon, that is. ;P

Reads, rants, randoms & R+s. You've been warned. BTW, don't follow me if you're a GLBTQQphobic wanker. It won't end well. For you.
View all posts by Kris →
This entry was posted in goodreads, not a review, ratings, reviews, serious randomness, serious shit. Bookmark the permalink.

23 Responses to forgiveness in ratings