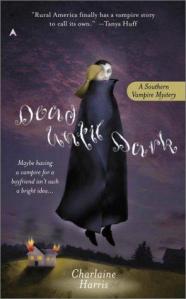 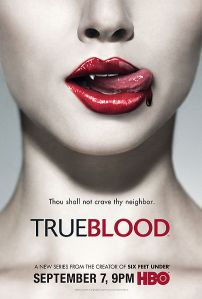 This post was inspired by my baby brother, who is becoming obsessed with watching the series True Blood on pay tv. I admit I find it a tad disturbing considering I’m a fan of the Sookie Stackhouse series by Charlaine Harris on which the show is based.

The worst thing is that he insists on telling me about the characters and the storylines as well as the vampire gags he thinks are insanely funny like fang-bangers, Erik’s nightclub Fangtasia, etc, etc. Being a typical of male, he conveniently ignores all my “yeah, I knows”, “I KNOW I’ve got all the books” and the “for fuck’s sake would you just read the books alreadys”. Grrrrr.

Anyway it got me thinking about the adaptation of books to film – whether it be television or movie – and the hits and misses that can happen when this occurs.

Let me make clear, I’m definitely not a person who is adamantly opposed to film based on print… when it works that is. *g*

In fact, I’m a huge fan of graphic novels and comics and (some) video games which have made their way to the big screen like Max Payne (Mark Wahlberg *sigh*) and Wanted. I am THE Action Flick Chick after all.

I also tend to be one of the first in line at the cinema for adaptations of books I absolutely love. A case in point being the Twilight movie, which I was dying to see and had many conversations with my Mumma’s high school students about the trailers and the actors playing the characters. LOL. I know perhaps a little sad. 🙂

I talked about why I was disappointed with the movie here so don’t want to go into it again, but what else has or hasn’t worked for me??

Here are two that immediately spring to mind. 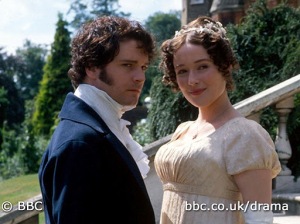 All others fall beneath the sheer awesomeness of the 1995 BBC production of Jane Austen’s Pride and Prejudice. Jennifer Ehle as Elizabeth Bennett and Colin Firth as Mr Darcy were simply magic on screen together. 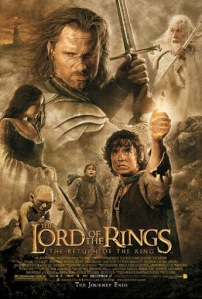 I adore everything about the Lord of the Rings movie trilogy. The cast, the setting, the cinematography, the cgi, the soundtrack, everything was just lush… and then came the ending of The Return of The King. WTF!

I don’t care why. I. Just. Don’t. Care. Leaving out the last section of the book where Froddo and Sam return to a home devastated by Saruman and their fight to save it was just wrong. Sorry, but it seriously was.

Well, what about you?? Is adaptation something you hate? What’s hit or missed in your world?

Reads, rants, randoms & R+s. You've been warned. BTW, don't follow me if you're a GLBTQQphobic wanker. It won't end well. For you.
View all posts by Kris →
This entry was posted in books, Charlaine Harris, film, further randomness, True Blood. Bookmark the permalink.

14 Responses to books vs film