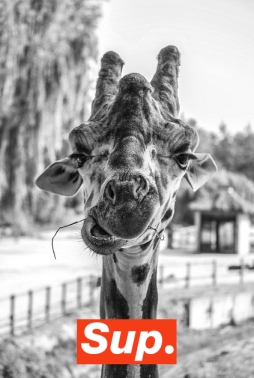 Anyhoody, I’ve had some recent requests to access this site and, in a move completely disparate to my usual apathetic-can’t-be-bothered-with-this-stuff-anymore-and-who-cares-if-people-think-I-hate-them-cos-it’s-more-than-likely-true, decided I should reopen the place and grace you all with the awesomeness of my presence.

The truth is that 2012 has been pretty crazy *Har.  Har.* for me and shutting up shop was just one of the many ways I’ve pulled back from things.  Some of you – if there are any people reading this, that is – might know what’s been going on with me, others won’t have a clue and a few won’t give a toss.  I’d be among the latter.  Obviously.  Regardless, if any of you feel the intense need to be nosy and waste a few minutes, you can go read about my shit here.

Yes, I can’t be fucked rehashing it all.

Really, as if that would change.

Having said that, I know I need to try to reconnect with, well, everything; particularly with the stuff I enjoy, which, once upon a time in the dim recesses of my drug-addled memory, included blogging.  So here I am.  Back.  Again.  And, yes, it’s me.  I haven’t been diagnosed with that.  .

#1 The year 2012 shall henceforth be chronicled as that time of times when an epidemic, later known as douchebagery, swept through the book blogging community leaving havoc, destruction and a general feeling of WTFery in its path.  Many a friend was lost to the disillusionment and disgust brought on by the symptoms of plagiarism, the recurrence of responses to ‘bad’ reviews and the rash of online bullying.

Not to mention the deliberate avoidance of words like irony and hypocrisy.

#2 zOMG!  The copyright scandal was soooooooo skerry.  Luckily practically everyone went racing around in a tizzy, spent hours and hours taking down all those images from their sites and added gazillions of links.

Shockingly, there were also a few who decided to deal with it by taking all of 2 seconds to put up a Scarlet Letter on their blog.

#3 I’m sure there was something to do with goodreads being a bitch. I have a vague recollection of it. No doubt this is why I, in a fit of moral high groundedness, stopped adding books and providing other readers with the benefit of my hugely literary reviews.

Or it was my lazy thing.

Whatever it was I’m sure the *insert appropriate gossip description here* about goodreads made a huge impact on everyone and nothing and no one has been the same since.

#4 Have you heard about… *shudders* Blog Tours *shudders*?

*whispers*  They hunt in packs and ambush you in your reader.  They’re like a plague of locusts.  They gorge on one site and then move randomly on to the another.  You think they’ve gone, but they’re still there… in the publishing shadows… waiting with stalkerly patiently.  You can feel them watching.  You know it’s just a matter of time before they’ll attack you when your  defenses are low.  No one is safe from them.

The first rule of Re-release Club is: You don’t talk about Re-release Club. The second to seventh rules of Re-Release Club are variations of: Only members of Re-release Club can re-release and only a very, happy few will be given the opportunity to capture the Golden Snitch, thus gaining the ultimate superpower to edit, add, change a book cover or whatever the hell else they want to do as part of teh re-release.  And the eighth and final rule: If this is your first night at Re-release Club then you’re fucked cos you really should have waited for The Engraved Invitation.

Apparently, I’m not the only one who went crazy this year.